4 days, 400 miles, 6 counties, 1 very worthwhile charity. 60 cyclists set out on the Tour de Munster from the Radisson Hotel Little Island to raise money and awareness for the Baby Max Wings of Love Fund. This charity, begun by Darina Ni Chuinneagain and Declan Donnelly following the tragic death of their baby son Max to meningococcal septicaemia, seeks to purchase vital paediatric equipment for hospitals in the Munster area. With this in everyone’s mind, the cyclists, headed by the cycling club of Freescale / Motorola together with members of numerous other groups from Cork and Limerick, completed a tough, sometimes punishing but altogether enjoyable trek through all counties of Munster.

The Tour officially began on the steps of the City Hall in Cork. After a photo call with the Lord Mayor, the cyclists headed out the Lower Glanmire Road. Cameras from TV3, official partners of the Baby Max Fund, tracked our progress as we made our way to Fermoy. We turned eastwards into Waterford and skirted the base of Lismore Castle before turning north again to meet our first climb of the Tour. The Vee, a natural pass in the Knockmealdown Mountains would take us rapidly into Co. Tipperary and downhill on the other side to Clogheen and then on to Cahir.

Throughout this first day the pace was swift but not excessively so. Familiar place names such as Limerick Junction, Oola and PallasGreen fell behind in the distance as the mileage crept ever closer towards the 100 mark. That evening in Killaloe Co. Clare, the cyclists spoke of tired limbs but everyone was eager for more, which was just as well as we had another 300 miles to go.

Friday began with a torrential downpour as we made our way into Limerick City from Killaloe. We stopped on Cruises Street to bolster the presence of the Baby Max Fund collectors in the City’s main shopping area. A garda escort took us along O’ Connell Street and out to the main road southwest of the city. We set a consistent pace through Adare, Rathkeale and Newcastle West on the road’s wide hard shoulder. After lunch, we crossed the line into the Kingdom, our 6th county on the Tour. Our next main stop was Tralee. Though we were a few days too late to meet any Roses, we did take the Baby Max Fund and the collectors to the Tralee Races. Without placing a single bet, the Baby Max Fund had a very good day “at the races”. We headed west along the Dingle Peninsula, passing the Blennerville Windmill and out to Castlegregory. We were at the halfway mark in Tour.

The third day of the Tour is generally regarded as the best and most challenging. What better way to test that assertion than to climb the Conor Pass immediately after breakfast? The road that leads to the pass winds endlessly around the steep hillside, thinning to the width of a small car in some places with a vertical drop not far to the right. Everyone has his or her own idea on how best to tackle this climb. Some approach it with the experience gained on previous attempts. For many others, the top is “just around the next corner”. The view from the top, the highest roadway in the land, is well worth the pain.

With the hard work over, for a few hours at least, the Tour turned east along the coast, past Inch strand and into Castlemaine and Milltown. After lunch in Killarney the Tour continued south through the National Park and tackled the climb to the top of Moll’s Gap. This is not as demanding as the Conor Pass and has two short climbs with a step at the midway point. The descent into Kenmare was a welcome break. Here the cyclists attracted much attention for the Fund collectors. The last overnight stop of the Tour was spent in Lauragh by Glanmore Lake. With the end of the Tour in sight, and with 300 miles of asphalt on the clock, the group celebrated that evening in Josies Resturant and thereafter in the Shebeen Pub.

The craic went on all night and finished only a few hours before the group tackled the Healy Pass the following morning. The pass took us down into County Cork. The rain was incessant but so too was our resolve to complete the 400 miles with this final leg of the Tour. We cruised through the West Cork towns of Adrigole, Glengarriff and then Bantry. We had our last lunch stop in at the Parkway Hotel in Dunmanway. We raced from here through Enniskeen and once we got to Bandon, many were on “home turf” given the numerous times we had cycled here on our mid-week training sessions. The final push up to Cork from the Halfway roundabout took us under the viaduct and then to the city. We finished the tour as we had started it; as two perfect parallel files of cyclists on the road between the City and the Radisson Hotel, Little Island.

Over 60 people had each cycled over 400 miles for the Baby Max Fund. With much raised by the collectors and many thousands more on the way in the form of sponsorship money, everybody on the Tour, including cyclists and collectors together with Darina Ni Chuinneagain and Declan Donnelly, reflected on the success of the event and the significant exposure that the Baby Max Fund gained over the full four days.

On a personal note, I wish to sincerely thank my sponsers; family, friends and work collegues who gave so generously to the Baby Max Fund. The Tour de Munster came at the end of ten weeks cycling training with Paul Sheridan and the Freescale / Motorola cycling crew. I thank Paul for his steadfast motivation, leadership and drive throughout the training season, the frequent weekend spins and of course over the four days of the Tour itself. The success of the event is a ringing endorsement of the significant organisation and careful planning that Paul and his team at Freescale invested in the four days on behalf of all cyclists on the Tour de Munster 2005.

There are no upcoming events at this time. 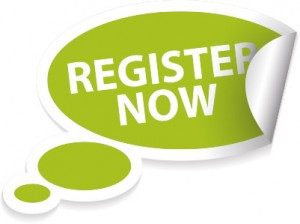 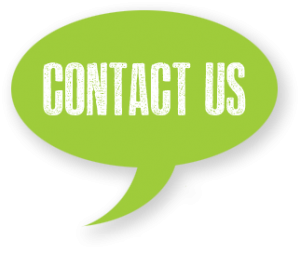